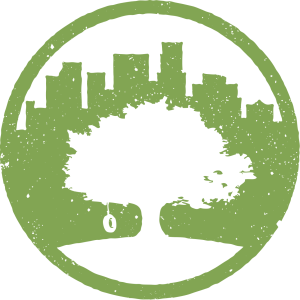 David Rathbun is a simple man. One who enjoys long naps, back rubs, and plates of bacon, in that order. He is currently fighting the good fight at Target, where he witnesses the sordid microcosm of humanity in all its glory. In his spare time, he tends to ride his bike to the beach, binge-watch television shows, and revert to childhood at Disneyland. In a perfect world, he would be writing an Oscar-winning screenplay, but his creativity comes and goes. Mostly goes. In the meantime, he fills this creative gap by spending time with family and friends, and his old trusted cactus, Spike.

I put together a quick guide to help anyone looking for sustainable gift ideas this holiday. Suggestions include - The gift of wellness, learning a new skill, a fun activity, and something homemade. If you’re in the Sacramento area, I’ve got specific places I can recommend for several of the options listed. Link is in our profile and let me know if you’d like more details! Happy holidays! 💚🎄
New blog post is up about ecotourism in Cabo Pulmo! This place is a wonderful example of successful conservation efforts and an excellent spot for scuba diving! #urbantreehousetv
Today’s the day to help inspire change! For the Day if DOing, @dailyflourish is heading up an initiative to request @traderjoes reduce their single-use plastic produce packaging. It’s funny how many of us quietly protest by no longer shopping somewhere, but then we discover we’re not alone and we might be able to make a difference if we band together. So glad Morgan brought this to our attention! Please follow the link in my profile for more info and to make your voice heard if you want to see plastic packaging reduced. Thanks a bunch! 💚
These are the most delicious (and addictive) organic lavender shortbread cookies and they have a pretty sweet backstory. Santa Cruz, CA has an organization called the Homeless Garden Project which, “provides job training, transitional employment and support services to people who are experiencing homelessness” through gardening and selling their yield. I pick up a pack of their cookie mix (second photo) every time we’re in town, but they have an online shop as well! I love supporting this organization and would love to see something like this spread to Sacramento and beyond! https://shop.homelessgardenproject.org
Pollinator-friendly backyards make me want to waggle 💛🐝
Happy Spring Equinox! May this new season bring many green beginnings 🌱💚